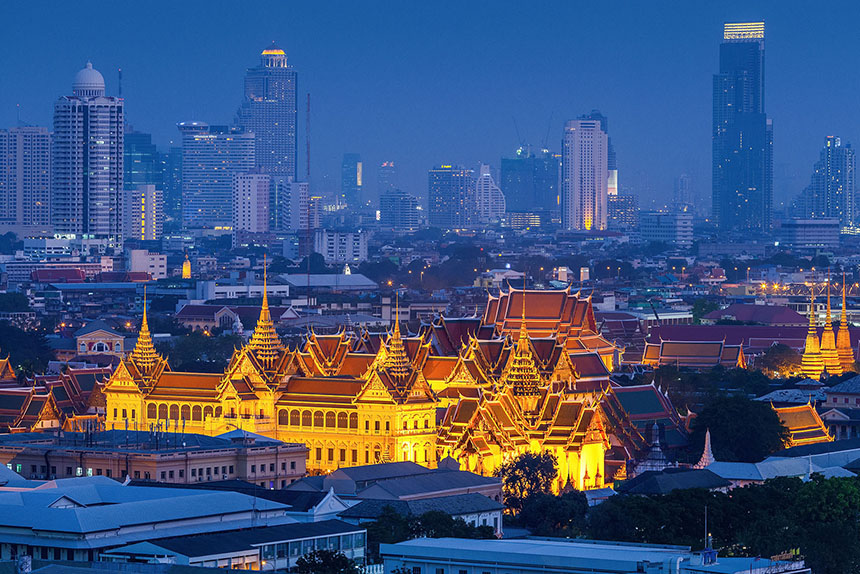 Bangkok is the capital and the largest city of Thailand. It is also the political, social and economic centre of Indochina and Southeast Asia. The dining, shopping and entertainment choices of the city are extensive. Visiting the Grand Palace, the Temple of Dawn, Wat Arun, or the enormous reclining Buddha, Wat Pho, are some of the essentials during your visit. 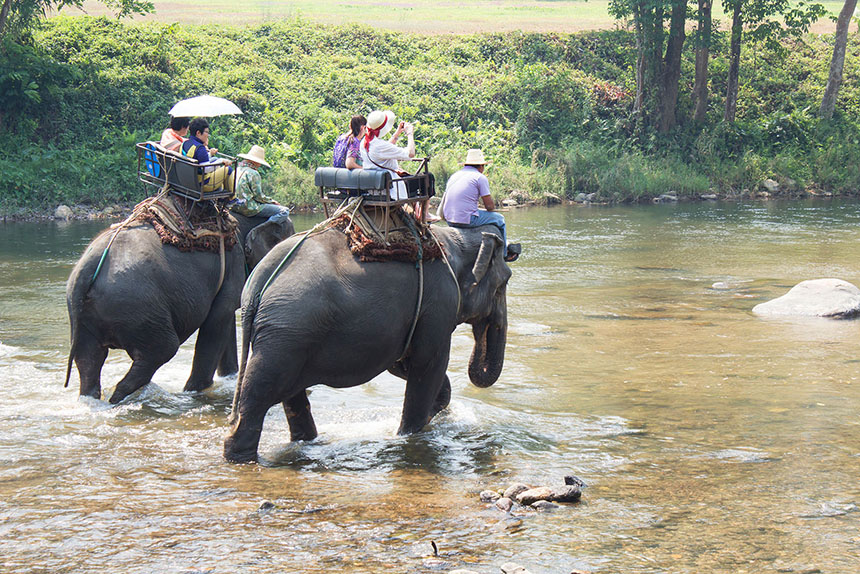 Known as the Rose of the North, Chiang Mai is the second largest city
in Thailand. The city is the birthplace of the first Thai civilization and has many places of cultural and archaeological interest. Visits in the area include trips through the mountains on foot or riding an elephant, the native tribes such as Akha, Hmong, Karen and Lisu. The numerous temples in and around the city, also deserve special mention.

It is the most northern province of Thailand, located about 785 kilometres north of Bangkok. Located on the Kok River basin, the province occupies the Golden Triangle area, where converge Myanmar, Laos and Thailand. In addition, Chiang Rai is also known as the gateway to Myanmar, Laos and Southern China. 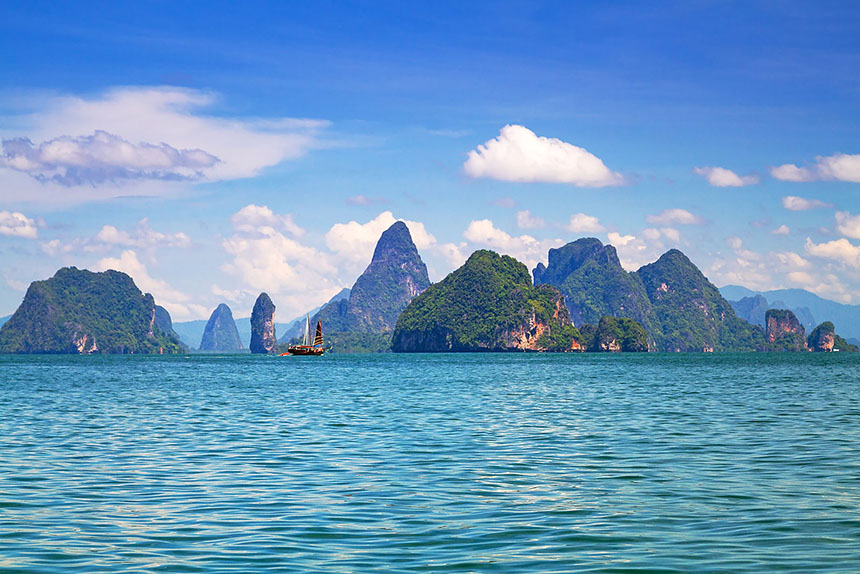 Phuket is the most important beach destination of Thailand. Includes important tourist centres of entertainment, and isolated corners of mass tourism. For travellers looking for a lost Paradise, Phi Phi islands offer an idyllic setting. Yao Noi is also the perfect base for exploring the sites of the Andaman Sea. 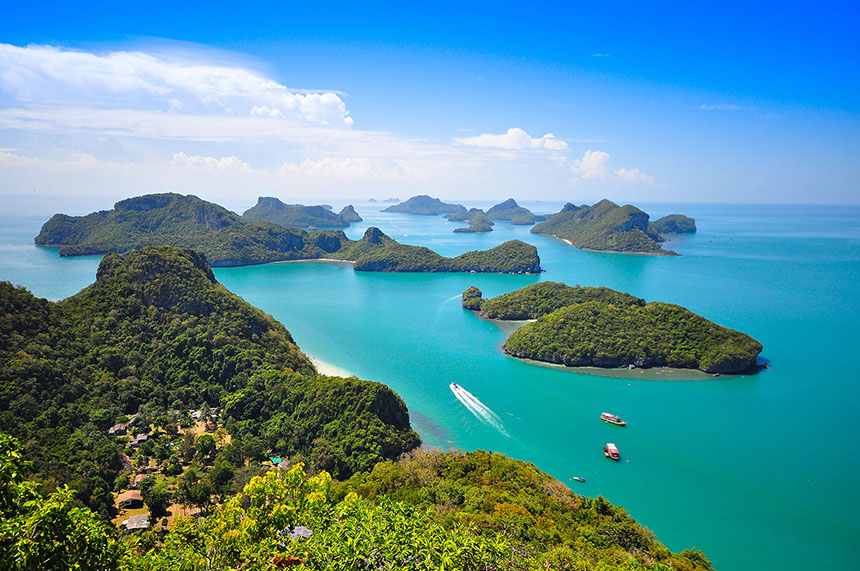 Koh Samui provides the perfect setting for a holiday on the beach from May to September. It features a variety of first-rate hotel. For those travellers who want to get away from infrastructure and entertainment and rest in paradise, with white sand and clear water, the beautiful bay of Koh Panghan, accesible by boat from Ko Samui, is another great alternative. 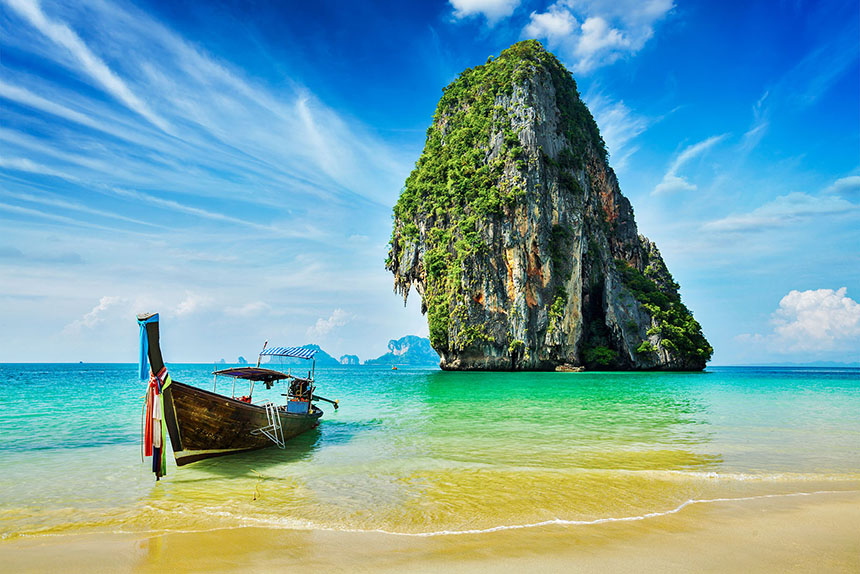 In the Krabi province, on the southern coast of Thailand, you can enjoy beautiful beaches with crystal clear water, away from the crowds of other beach destinations in the country. Koh Lanta, within a National Park, is a great hideaway in this extension.